We all know the reasons athletes aren’t allowed to take steroids, but are there reasons why they SHOULD? I have three.

Anabolic steroids. Gym Candy. The Juice. Whatever you call them, it seems as if Performance Enhancing Drugs (PEDs) are as much a part of sports as the athletes themselves. Every week, an NFL or MLB player is suspended for being caught using them. Every Olympics, an athlete is striped of their medal for a positive test. And every week, an athlete claims that their result was due to taking the wrong type of cough medicine. When it comes to PEDs, is the Wild West out there and there is no John Wayne in sight. Much like the legal fight for marijuana in states across the country, I think the answer to the steroid problem in sports is to embrace it, rather than punish it. We should make Performance Enhancing Drugs legal to all athletes that want to take it.

Now I can already hear people complaining about the sanctity of the game and bemoaning the fact that sports should be about God-given talent. In a perfect world, yes, I would love to see sports go back to an era where a hearty steak was the best muscle builder an athlete could find. Unfortunately, I live in reality and due to the money being earned from the commercialization of sports; PEDs are now a permanent part of our games.

Basically PED should be made legal for three reasons. I have more but this post would be too long and trust me, it’s long enough. 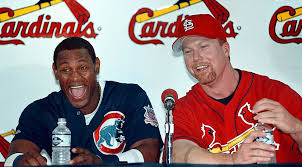 People will pay a lot of money to see athletes push the limits of their sports. Baseball is at its most popular when sluggers like Barry Bonds, Mark McGuire and Sammy Sosa are knocking 60+ home runs out of the park each year. The world stops when sprinters like Ben Johnson, Carl Lewis and Marion Jones are setting world records at the Olympics. NFL Films makes millions of dollars selling slow motion films of all-time, great defenders like Bill Rominowski and Lyle Alzado pulverizing helpless receivers and quarterbacks. Every single name on that list was a tremendous talent in their sport, and each one of them has either tested positive for PEDs or has been strongly linked to PEDs.

Americans already embrace PED use with open arms because all we care about is the fact that we are the biggest, fastest and strongest. This goes beyond sports. Look at Arnold Schwarzenegger and Hulk Hogan. As the most popular bodybuilder and wrestler of all time, respectively, they both used steroids to build their physiques to herculean proportions. And how have we rewarded them? Arnold, a horrible actor, was one of the biggest movie stars of the 80s and 90s and then became the governor of California with no political experience at all. Hulk Hogan, a TERRIBLE wrestler and actor, was allowed to embody everything that is American opposite the Iranian Iron Sheik for years in the WWE. People loved that propaganda so much the state of Florida gave him $140 million dollars after being caught sleeping with his best friend’s wife.

Look at cycling. For most people the knowledge of cycling begins and ends with PED user Lance Armstrong.  How about you tell me who won the Tour de France last year? Can even you name a single rider outside of Armstrong? Do you even know where they host the Tour de France? My guess that you are more likely to have bought a yellow Livestrong bracelet than answer one of those questions correctly. That’s because Lance’s PED-assisted cancer-to-champion story was all you really cared about. Seeing him accomplish an “impossible” athletic feet and dominating the sport captured you attention. All thanks to the power of PEDs. But we’ll talk more about Lance later.

REASON 2: The lines between legal PEDs and illegal ones are arbitrary and inconsistent 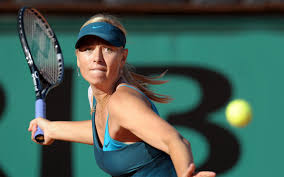 The line is very blurry between what is legal and illegal in sports. Today we live in an age where anyone can walk into a GNC and chose from hundreds of laboratory created products that are designed to increase your strength, speed, size and stamina. Within these products are thousands a substances that could be totally legal in some sports and outright banned in others. That’s not even mentioning the ones that some leagues have switched their stances on and made what was once legal, illegal.

Take tennis player Maria Sharapova. In March 2016, she was suspended for testing positive for Meldonium, a substance that had only been banned by the WTA two months prior to her test. Basically she was suspended for taking a drug that she and plenty of other athletes had taken their whole careers but had just recently been determined “bad.” Does her testing positive for a once legal substance make her a cheater? Continuing with that train of thought, how many other substances are athletes currently taking that act just like Meldonium but are still legal? Are they cheating too?

Sometimes, what could be considered a PED use in one sport is totally fine in another sport. In 2013, Kobe Bryant tore his Achilles and had to miss a full season. During that time he would regularly travel to Germany for a blood treatment called Regenokine. In it, blood is removed from your body, mixed with chemical substances and reinserted back into your bloodstream. This procedure, which is allowed by the NBA, is very similar to blood doping, which Lance Armstrong was stripped of his titles of doing (there’s still more on him later). Both procedures involve the removal and then reinsertion of blood back into the body for improved performance. So Kobe can get suspended by the NBA for smoking marijuana but everyone is OK with him traveling to Germany to perform a non-FDA approved blood enhancing procedure.

REASON 3: Everyone else is doing it (a childish, but true, argument) 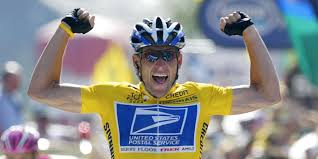 The popular saying is true, “It’s only cheating if you get caught.” Athletes know that passing a drug test doesn’t mean you’re not taking PEDs, it just means that the current tests haven’t found evidence of PEDs in your system. Many athletes know how to mask their test samples, thus perpetuating a cat and mouse game of creating new tests that can identify a substance through any masking agent. This is why numerous Olympians have been stripped of their medals years after they won them. Updated testing of old urine samples often reveal positive results that weren’t initially found. For all we know everyone could be on PEDs and we wouldn’t know.

It seems like that’s been the case recently in cycling and baseball. According to Sporting Intellegence.com, from 1998 to 2013, Lance Armstrong’s most active years (this is the last mention of him, I swear), 68% of the riders that finished top 10 in the Tour de France are today either confirmed dopers or have strong ties to doping. Since implementing their current drug policy in 2004, baseball has suspended dozens of players including 18 All-Stars, 7 Silver Sluggers, 5 Golden Glovers and 2 MVPS. Basically, there is a good chance that athletes at the top of your favorite sport are using some sort PED but haven’t been caught yet.

You still need to work hard

At the end of the day, it’s important to realize that PEDs aren’t a magicial pill that instantly makes you a better athlete. Most PEDs aid athletes in recovery, which allows them to operate at maximum efficiency for a longer time than the normal person. In order to realize the benefits of PEDs, however, athletes still need to have the same dedication, perseverance and competitiveness that make us all love sports in first place. PEDs can’t help you hit a 100 mile per hour fastball or give you the will to be tackled by 260 pound linebackers 20 times a game. Despite taking steroids, Arnold Schwarzenegger STILL spent more time in the gym than anyone else and THAT is why he’s the greatest bodybuilder of all time.  He used all the resources at his disposal to become the greatest athlete he could be. Let’s not punish today’s athletes for wanting to do the same.